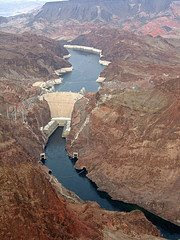 The pessimists' position seems to be gaining ground as we look back at the effects of the liquidity infusion into the banking system. They feared that banks would take Treasury's $250 billion and hoard it, rather than lending it to businesses to get the economic machine running again. Today's depressing jobs report (1.2 million jobs lost in 2008, unemployment at 6.5%) illustrates the real economic harm that the continuing lack of liquidity in the lending markets is having. Very sad.

Watching the interest rate trajectories, one would think the problem was nearing a solution. 3-month dollar LIBOR is down 253 basis points (2.53%) over the past month, and overnight LIBOR has plummeted 655 basis points (6.55%)! Note, by the way, the misleading way in which these lower rates are being described in the media: 3-month LIBOR at its lowest rate since November 2004--well, in Nov. 2004, the Fed Funds rate was much higher, so comparing one rate with its historical antecedents is almost entirely unhelpful without reference to the driver-rates, like the Fed Funds rate, as I suggested earlier. The Bloomberg story linked above makes this point, noting that the spread between 3-month LIBOR and the Fed's target lending rate continues to be much wider than historical averages, by about 100 bp, or an entire 1%. Nonetheless, LIBOR's freefall is good news in and of itself, as lots of adjustable loans pegged to LIBOR will reset to more reasonable rates as LIBOR falls. But it's not as good news as we might have hoped.

Though banks are apparently quite willing to lend to each other (at 0.33% in the overnight market), they remain reticent to lend to businesses and individuals. This is very frustrating. While more careful underwriting is a positive thing, continued blockage in the financial markets is apparently a tough nut to crack.

This post by David Zaring (particularly the comments) over at the Conglomerate offers a nice insight into why this is happening. Rate cuts by central bankers can only go so far to encourage subsequent lending when the real economic fundamentals of the market for potential borrowers are weak. Fears of a long and deep recession probably should make banks hesitant to lend to borrowers who might not make it through, though this is a vicious cycle. Uncertainty with respect to the economic plans of President-elect Obama (boy, it feels good to write that!) also puts a damper on lending markets.

Let's hope the brilliant inspirational oratory skills of our new President-to-be can convince the financial markets that brighter days are on the horizon . . . and soon!
Posted by Jason Kilborn at 10:55 AM