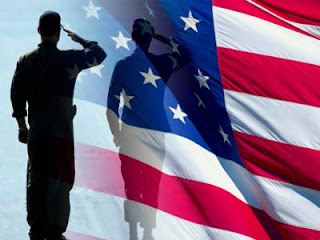 The New York Times today ran an article about banks foreclosing on the homes of deployed military families.  See, Banks Find More Wrongful Foreclosures Among Military Families.  The Servicemembers' Civil Relief Act provides protections to military service members on important financial issues, including evictions and mortgage foreclosures, which should have prevented many of the reported cases.  The SCRA is a key protection that perhaps needs further promotion to ensure that banks comply.


In mixed-sales transactions, those involving goods and services, most courts apply a predominant purpose test to determine if Article 2 of the UCC applies to the transaction applying sections 2-102 and 2-105. See, e.g., Warshaw v. QBE Ins. Corp., 78 U.C.C. Rep. Serv. 2d 434 (D. Mass. 2012)(providing that “where a contract implicates both goods and services, the test to determine the applicability of art[icle] 2 is whether ‘the predominant factor, thrust or purpose of the contract is . . . the rendition of service, with goods incidentally involved.’”). Under this test, Article 2 applies if the transaction is predominantly for the sale of goods, but does not apply if the transaction is predominantly for the provision of services. Courts continue to look at how this test works in individual cases.

For instance, in Audio Visual Artistry v.Tanzer, No. W2012–00216–COA–R3–CV, 2012 WL 6697600, at *1 (Tenn. Ct. App. Dec. 26, 2012), the court considered whether a contract for the installation of a “smart home system” during the construction of a new home was one for the sale of goods. Stephen Tanzer (“Tanzer”) and Audio Visual Artistry (“AVA) contracted for the sale and installation of electronic and entertainment equipment in Tanzer’s home, which was under construction. The contract, which was for a custom home theater, music, phone and lighting system, itemized the pricing for the contract into components that included equipment, labor, and cable, with the equipment forming the bulk of the price. A dispute developed over the functionality of some components of the Tanzer system. AVA filed suit for breach of contract to recover unpaid invoice amounts and Tanzer filed a counter-complaint. Accordingly, the court correctly ruled that Article 2 governs transactions where goods and services are bundled if “the goods element predominated.”

- JSM
Posted by Jennifer Martin at 7:24 PM No comments: