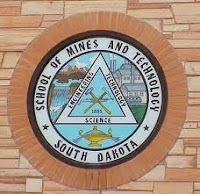 Here is another little bit from the upcoming Sales Survey in the business lawyer. Here are a couple of nice examples of recent mixed-goods/services transactions under UCC section 2-102. Use of the predominates test has been pretty consistent in cases I've seen of late.

In Blesi-Evans Co. v. Western Mechanical Service, Inc., 72 U.C.C. Rep. Serv. 2d (Callaghan) 115 (W.D.S.D. 2010), the court examined whether a contract for a boiler purchased for installation at the South Dakota School of Mines and Technology (SDSM&T) campus was one for the sale of goods. Western Mechanical Service (Western) had a contract for the replacement of the SDSM&T boiler that required it to pay $500 per day in liquidated damages if the installation was not substantially complete by October 13, 2006. Western ordered the boiler from Blesi-Evans (Blesi), which agreed to also provide start up and training for the boiler. When Blesi failed to deliver the boiler in time to meet the SDSM&T contract, Western installed a temporary boiler. Blesi brought suit for its contract price on the boiler and Western claimed the expense of the temporary boiler. The court correctly ruled that Article 2 governs transactions where goods and services are bundled if the “predominant purpose” of the contract was for the sale of goods and the services are merely incidental. The court noted that Blesi was to provide a boiler, something clearly movable. The court noted that some of the purchase documents failed even to mention the related services and the dispute that actually arose was one related to the provision of the good in a timely manner, not the services.

Similarly in Connie Beale, Inc. v. Plimpton, 2010 WL 398903 (Conn.Super. January 13, 2010), the court considered a claim for breach of an interior decorating contract. Applying the predominant purpose test, the court found a contract for interior design is predominantly one for services, even though the designer would present furniture, upholstery, window coverings, fabrics and flooring to the buyer for consideration. The court noted that “[a] transaction that requires the incorporation of materials does not make it an agreement for a sale . . . .” Moreover, the parties did not label the contract a sale of furnishings, even though decorating services would surely include some goods.