In a world where bank fees are on the rise, Chase Bank and Wells Fargo are waiving overdraft, late payment and other fees for customers in states impacted by Hurricane Irene (Connecticut, Delaware, Maine, Maryland, Massachusetts, New Hampshire, New Jersey, New York, North Carolina, Pennsylvania, Rhode Island, Vermont and Virginia). For instance, customers who can no longer get to a Chase ATM might have to use one from another bank.

Posted by Jennifer Martin at 1:04 PM No comments:

I like to give my first year contracts students a bit of practical knowledge about commercial transactions and consumer issues whenever possible. So, I've taken to putting up articles on the overhead screen at the beginning of class. Sometimes we have a little discussion, other times right onto contracts doctrine. Today, we began class with this little MSN news piece on 5 places to never use your debit card!


For my part, it is always nice to see a little consumer education on a regular basis. The big reminder here is while debit cards look like credit cards, the attributes are not the same. Consumers are wise to keep this in mind.

Posted by Jennifer Martin at 2:52 PM No comments:

What is a BitCoin? Where did Mybitcoin go? 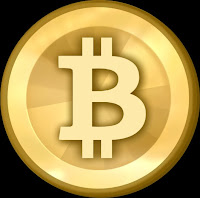 On the way into St. Thomas University this morning, I heard an NPR piece about the Bitcoin. We live in a world where the value of money is uncertain, so some are looking for alternatives to the dollar, right? See, IMF Calls for Alternatives to the Dollar. The aim is to lessen volatility associated with the dollar as a currency and payment device, those economic and political. Some investors have rushed to gold as the easy alternative causing a rise in the value of gold, only to find that gold also has market swings tied to the dollar. See, WSJ, Gold Ends Lower on Dollar's Strength. I understand the goal. An electronic wallet, no intermediaries, completely anonymous.

So, what about the Bitcoin? A Bitcoin is simply a made up cash in an online universe. You use an online exchange in order to trade dollars for Bitcoins. Apparently, some restaurants in New York city will even accept Bitcoins in payment for lunch. Not so fast, though. "Hackers" allegedly hit MyBitcoin back in June, making off with $500,000 in funds. And now, MyBitcoin itself is processing claims to liquidate the remainder of the accounts. Apparently, that will be somewhere around 49% of their deposits. In the NPR piece, Ron Mann commented (correctly of course) that he would not expect Bitcoin to be around in 5 to 10 years. Well mostly correct, as at least mybitcoin was gone a mere months after the original interview. Perhaps others will take up the space left by mybitcoin, but how secure is any payment system?

Here is the story of one mybitcoin user who lost a substantial amount of money from his e-wallet:


As I advise my students, be wary about any new (or even existing) payment device . . . scammers . . .or anywhere you park your money for that matter. There are no quick fixes or easy roads to avoid market volatility and economic instability.

Posted by Jennifer Martin at 9:16 AM 4 comments:

While my gripe about debit cards used to be the tricky overdrafts, apparently there is a new fee in town. . . . The debit card usage fee. Now that we've moved to a very cashless society, some banks are now looking to charge customers who want to use a debit card. Wells Fargo is now testing a $3 monthly debit card fee and JP Morgan has already tested the $3 fee! Ouch. Just $3 right? But overtime . . . And, we all know that $3 would just be the start. Surely, I am a cynic.

Banks argue that these new fees are in response to the Fed's cap on the fees they can charge retailers on card transactions. An Associated Press survey, though, says that 61% of consumers will find another way to pay if banks charge for using the debit card. Way to go consumers! I wonder, though, if this will turn out to be a tricky fee. For instance, do you get the monthly fee if you use your card in your own bank's ATM? In other ATMs?

At least at this point, Bank of America has not yet jumped on the debit card fee bandwagon.