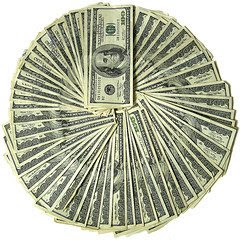 One small silver lining of this crisis is that lots of terms with which I struggle with commercial law students are now splashed all over the front pages of financial and general news outlets. Perhaps the most important example is LIBOR.

The London Interbank Offered Rate is the interest rate at which a series of 16 banks are willing to lend to each other--overnight or for various longer intervals, like 3 months, and in a variety of currencies, most prominently U.S. Dollars and Euros. Bloomberg today has one of the clearest and most insightful discussions of LIBOR, its history, and the various ways it is being used to gauge the seize-up in the credit markets. Gavin Finch and Ben Sills offer a particularly lucid explanation of why the TED spread is a stark indication of how much banks distrust each other (or at least their ability to repay loans) and how that spread has really increased recently (spiking to levels far above what we saw in the 1987 crash and after the collapse of LTCM in 1998). The scariest passage:

Central bank efforts to tame Libor have had little impact because instead of lending the extra cash, banks are holding it on deposit with the ECB at a loss. [empahasis added] On Oct. 6, banks borrowed 13.6 billion euros from the [European Central Bank] at ... 5.25 percent. At the same time, they deposited 42.6 billion euros overnight at 3.25 percent.

This is just crazy! Can anyone say "irrational pessimism" (or, I guess, "negative/reverse arbitrage")? I hope these banks soon begin listening to Jean-Claude Trichet's exhortation for everyone to "keep their composure" and start acting like market players again.

Anyway, for those of us in the education industry, LIBOR is likely more important to our students than we might have realized. Many private student loans are pegged to 3-month U.S. Dollar LIBOR, and if these loans readjust before that index returns to "normal" levels, our students might face a crushing increase in current or expected student loan interest payments (much like poor Maureen McNally, mentioned in the Bloomberg story, whose LIBOR-pegged mortgage payments have jumped 50%, not to mention Danilo Coronacion, who oversees a $60 million debt with interest pegged to LIBOR).

At least overnight LIBOR rates (both $ and €) fell last night, so let's hope this trend continues and spreads to the longer maturities (especially the all-important 3-month rates).

Update: Further confirmation that LIBOR is the bellwether:

"Everyone's watching the Libor, looking for the credit market to thaw and it's not there yet,'' said Alec Young, a New York-based equity strategist at Standard & Poor's. "Until you get some convincing thawing in the credit markets, the threat of a global recession and a global profits recession remains and it's going to be difficult for stocks to build momentum.''
Posted by Jason Kilborn at 2:19 PM