Hooray!!! Congress To The Rescue At Last! 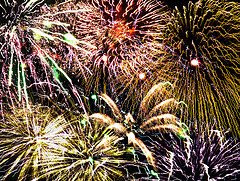 Now let's keep our eyes on the overnight and short-term money markets (especially the availability of longer-term "commercial paper") for some signs of relaxation, though this likely will not happen immediately (though see here for some early indications of a possible thaw). And let us not forget the 159,000 people who lost their jobs in September. The financial crisis may be on the wane, but the growing economic crisis remains. Let's hope relief from the former boosts relief to the latter.
Posted by Jason Kilborn at 1:23 PM

Commercial law (sometimes known as business law) is the body of law which governs business and commerce. It is often considered to be a branch of civil law and deals both with issues of private law and public law. Commercial law regulates corporate contracts, hiring practices, and the manufacture and sales of consumer goods. Many countries have adopted civil codes which contain comprehensive statements of their commercial law. In the United States, commercial law is the province of both the United States Congress under its power to regulate interstate commerce and the states under their police power. Efforts have been made to create a unified body of commercial law in the US; the most successful of these attempts has resulted in the general adoption of the Uniform Commercial Code.
---------------
albertjames
Social Media Marketing