The Dow, Credit Markets, and the Real Source of Danger 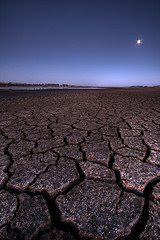 It feels good when smart people confirm that you're looking in the right place for answers. A propos of my post yesterday, a CNN story this afternoon explains the fall in the Dow today in terms of fears about more woes about tightening credit. The source is revealed!

The following observations are the most salient, and I can't improve upon CNN's clear explanation, so I'll quote it here (with a hat tip to Alexandra Twin, CNNmoney senior writer):

"What all these measures are telling us is that banks aren't willing to lend to anyone," said [Ron] Kiddoo [chief investment officer at Cozad Asset Management]. "It shows you that the credit crunch is spreading to Main Street."

The 3-month Libor--the rate banks charge each other to borrow for three months--rose to 4.21% from 4.15% Wednesday, a more than 9-month high, according to Bloomberg.

The difference between the 3-month Libor and the Overnight Index Swaps rallied to an all-time high of 2.6%. The Libor-OIS spread measures how much cash is available for lending between banks and is used by banks to determine rates. The bigger the spread, the less cash is available.

The TED spread, which is the difference between 3-month Libor and what the Treasury pays for a 3-month loan, briefly hit an all-time high of 3.61%, before pulling back a bit.

When banks are relatively confident, they charge each other rates that aren't much higher than the U.S. government. When the spread widens, that indicates increased jitters.

Once again, I certainly hope (a) the House Republicans put ideology aside, get on board with their Senate colleagues, and pass the rescue bill, and (b) Treasury's actions pursuant to the new authority quickly dispel the "jitters" that the credit markets are suffering.

By the way, Ted Seto's brilliantly concise explanation of the roots of and solutions for this crisis are a must read (hat tip to Paul Caron). Thank goodness for really smart people like Ted who generously guide the rest of us to an understanding of these complex issues!

Update: For an even better story on this issue, see here (thanks again to CNN and David Goldman!).

Update no. 2 (10/3/08): And things just keep getting worse, despite anticipation of House passage of the rescue bill this afternoon, according to the latest from CNN Money and David Goldman:

The 3-month Libor rate . . . rose to 4.33%, up from 4.21% on Thursday, its highest level since January. . . .
The difference between that measure and the Overnight Index Swaps rate rose to an all-time record 2.73 percentage points, up from 2.55 points Thursday, according to data reported by Bloomberg.com. . . . Friday marked the sixth-straight record for the indicator, showing that banks are hoarding cash rather than lending to one another.

Historically, the typical Libor-OIS spread is about 0.11 percentage points, but it has averaged 1.66 points since the crisis began on Wall Street in mid-September, according to Merrill Lynch economist Drew Matus.

Another credit market indicator, the "TED spread," rose to yet another record high of 3.68 percentage points. The higher the spread, the more likely banks are to avoid risk. The TED spread was only 1.04 points on Sept. 5.

Posted by Jason Kilborn at 3:02 PM