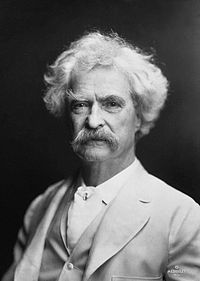 Mark Twain once said, “Be careful when reading health books, you may die of a misprint.” While the risk of death does not seem likely from a commercial law book, lawyers, professors, and students should be wary of the things they read.  A recent change to Regulation CC’s treatment regarding Next-day Availability of Funds as part of the Dodd-Frank Act should have the legal community taking a closer look at their codebooks.

The Expedited Funds Availability Act of 1987 (EFAA), implemented by the Federal Reserve's Regulation CC, sets standards for banks making funds deposited into accounts available for withdrawal, including availability specific schedules.   Section 1086 of the Dodd-Frank Act amends the EFAA (requiring a conforming amendment to Reg. CC) to require depository institutions to make the first $200 of funds deposited by certain checks into an account available for withdrawal on the business day after the banking day that a deposit is received.   See, Regulation CC 229.10(c)(1)(vi) (formerly $100); FDIC version of Reg. CC.

All moves along as expected thus far.  In accordance with amendments, the U.S. Department of the Treasury sent out a bulletin to the Chief Executive Officers and Compliance Officers of all National Banks outlining the major changes. Officiously, the Department of the Treasury stated “National banks should make the appropriate changes to their practices, policies, and disclosures as necessary to comply with the statute by July 21, 2011, even if the changes to Regulation CC have not been adopted by that date.” While it appears that today banks are on notice regarding the Dodd-Frank change to the availability rules, the updated $200 rule remains absent from the Federal Reserve and FDIC current versions of Regulation CC published online.

The potential for confusion does not end there. Some of the latest editions of commercial law textbooks such as 2012 Fifth Edition of Lopucki, Warren, Keating and Mann’s Commercial Transaction: A System Approach have misprints in regard to the rule as well (retaining the $100 rule without comment). Even codebooks that reflect the $200 dollar rule before the regulators have officially put it into regulation are inconsistent. William Warren and Steve Walt’s Commercial Law: Selected Statutes for 2012-13 under section 229.10(c)(1)(vii) reflects the $200 rule with a footnote attribution to Dodd-Frank, but under the printed version of section 229.12(d) retains the reference to the former $100 available under section 229.10(c)(1)(vii).

With the Federal Reserve and FDIC not reflecting the $200 change to section 229.10(c)(1)(vii), as well as conforming amendments in other parts of Reg. CC, it is not surprising that the statutory codebooks and textbooks have had difficulty in conveying the amended rule.  In the meantime, don't believe everything you read.