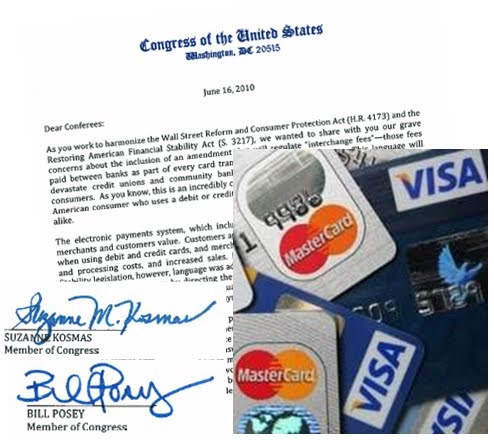 The financial reform legislation enacted this summer included the Durbin Amendment requiring the FED to regulate fees that banks charge to merchants when consumers use debit cards to make purchases. The legislation gave the FED until April of next year to come up with the specifics of a plan that will ensure that debit card fees reasonably and proportionally reflect the actual costs of running the banks' debit card programs. Bankers have reported that the FED has begun an information gathering process designed to gather information about the banks' debit businesses. Although the situation is sure to evolve in the coming months, there are two questions that are now drawing a lot of attention.
First, the legislation included the cost of fraud protection in the costs that the banks should be permitted to recover. Banks are arguing that fraud costs should include the costs of data protection and claims investigation in addition to actual losses. Merchants are questioning the propriety of including costs beyond losses. Another question involves how the FED will deal with the differences across institutions with respect to fraud losses. Will it use average costs, stimulating competition among the banks to lower fraud costs. Or will it try to implement a system that will tie recovery more closely to specific institutions.
Second, the legislation exempts banking institutions with less than $10 billion in assets from the regulation. But most small banks issue debit cards using the Visa and MasterCard system. Will those systems, dominated by larger banking institutions, permit the smaller institutions to recover higher merchant fees than the big banks recover? Small banks became part of the Visa and MasterCard systems for complex reasons. Initially, they played a crucial role developing a critical mass of credit cardholders and especially merchants willing to accept credit cards. By the time the debit card systems became serious business, the smaller banks were less important to the systems' success. But by that time, Visa and MasterCard had grown sufficiently that trying to exclude smaller banks would have been seen as a group boycott potentially violating the antitrust laws. The large banks were content to charge the small banks somewhat higher network fees. Small bankers expect that the Visa and MasterCard networks will limit their debit card merchant fees to the same extent as the large banks. It will be interesting to see, however, if one of the major networks, or perhaps one of the on-line ATM networks, makes a competitive play for smaller banks by offering higher debit card merchant fees than the big banks are permitted to charge. SS
Posted by Steven Semeraro at 1:32 PM