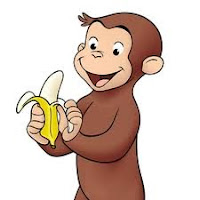 Here is a great case about specific performance, parol evidence and a yacht named the "Naughty Monkey!"

U.C.C. section 2-716 provides a more liberal attitude toward the remedy of specific performance of contracts for the sale of goods than the common law traditionally does, and a concomitant broader view about when the goods are unique. In Naughty Monkey LLC v. Marinemax Northeast LLC, No. C.A. 5095-VCN, 2010 WL 5545409 (Del. Ch. Dec. 23, 2010, the court considered a request for specific performance based on language in a yacht sales contract providing “TRADE VALUE GUARANTEED TO 15% LOSS WITHIN 18 MONTHS (PER ANDREW SCHNEIDER) SUBJ. TO MARINE SURVEY AND FINANCING” (the “Buyer Protection Clause”). Michael Stock (“Stock”) contacted Marinemax Northeast LLC (“Marinemax”) about the purchase of a new boat after seeing their boats at the National Harbor Boat Show. Eventually, Stock purchased a 62-foot Azimut yacht, which he named the Naughty Monkey, for $1,825,000 through an entity he named the Naughty Monkey LLC (“Naughty Monkey”). Concerned about losses on a yacht of this price, Stock negotiated some down side price protection in the form of the Buyer Protection Clause. About a year later, Stock decided that he did not want the Naughty Monkey and proposed that he trade the boat back to Marinemax for a boat for $2900 and Marinemax would make a cash payment to him for $1,633.350, the difference under the contract. Marinemax refused this request, taking the position that the agreement only allowed Stock to trade the Naughty Monkey in toward the purchase of a more expensive yacht. Stock brought suit for specific performance on the contract, as well as damages related to financing, insurance and maintenance costs for the yacht.

The first issue the court considered was the meaning of the Buyer Protection Clause. Without any reference to section 2-202, the court instead initially referenced certain traditional notions of interpretation, namely to “effect to the clear terms of agreements, regardless of the intent of the parties at the time of contract formation” and to use the “customary, ordinary and accepted meaning of the language.” Nevertheless, the court considered extrinsic evidence to select a meaning of the Buyer Protection Clause that neither party argued: that Stock could trade in the Naughty Monkey to Marinemax, but not for cash, toward the purchase of any merchandise, not only boats of higher value.

Turning to the issue of specific performance under section 2-716, the court ruled that a “remedy at law would do complete injustice in this case.” The court observed that having Marinemax pay monetary damages would inevitably deprive it of the benefit of the bargain which would permit it to sell Stock another yacht at retail cost which it only paid wholesale. Similarly, if the court were to give Stock monetary relief then he would get a liquid asset, which is more than he would have received under the agreement. Accordingly, specific performance, was the appropriate remedy.
- JSM
Posted by Jennifer Martin at 4:05 PM