Shortly after I started MoneyLaw, I wrote a post called Beyond ratings: Actually doing our jobs. Commercial law figured prominently in that post, and I thought I'd revisit the topic on the occasion of this weblog's founding.

A year and a half ago, The Conglomerate rightfully devoted careful attention to Larry Gavin's recent SSRN post, The Strange Death of Academic Commercial Law. Christine Hurt and Vic Fleischer each posted thoughtful proposals for reconfiguring the law school curriculum to bring this venerable and valuable subject back to legal academia.

After reviewing what I wrote in response to these proposals, I will add a few thoughts about commercial law and its centrality to legal education.

Read the rest of this post . . . .In August 2006, I wrote this in response to The Strange Death of Academic Commercial Law and The Conglomerate's discussion of that paper:

There is something to be said for reconfiguring the law school curriculum, especially in a third year that is as widely wasted as it is dreaded, according to the functional needs of new lawyers rather than the intellectual predilections of sinecured professors or, even worse, those professors' personal convenience.

Short of a comprehensive restructuring of the upper-level law school curriculum — which after all is the sort of proposal that sinks tenure petitions, ends deanships, and generally withers otherwise promising academic careers — perhaps we can consider a more modest intermediate step. Every law school student should complete a six-credit, two-semester "capstone" sequence as part of her or his third-year experience. Relying strictly on my personal arsenal of curricular weapons, I could conceivably offer full-year sequences in economic regulation (from antitrust to full-blown, command-and-control regulation of entry and rates), agricultural law and agribusiness law, the law of disasters, or natural resource and public lands management, among other possibilities. These are not offerings that lend themselves to a single 2-, 3-, or 4-credit course. In the tradition of, say, sports and entertainment law, they undertake to explain an entire way of doing business and to integrate such bodies of law as may be pertinent — all from a prospective client's perspective rather than the professor's idiosyncratic view of the field. Team teaching, skills training, and clinical experience can all be incorporated into this capstone sequence. 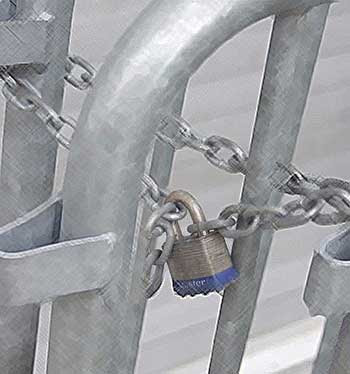 I still embrace the notion of building the entire third-year law school curriculum around capstone courses and practice-oriented exercises such as clinics, moot courts, and externships. I am now less sanguine, however, at the prospect that the legal academy as a whole would ever embrace something this radical. Even in August 2006, I feared that "an academy that is paralyzed by fear of The Ratings will be loath to try something different, no matter how sensible or how useful the alternative might be." Mark Osler has since identified serious and systemic institutional barriers to curricular innovation. Only partly in jest, I've suggested that those barriers dictate a single approach to faculty appointments: Hire no one.

As a compromise, therefore, I modestly propose this intermediate step: Law schools should actively encourage all students, and not just those who contemplate a future in business law, to complete at least one course in commercial law. Better yet, all students — especially those who expect to work in areas they may not characterize as commercial or economic — should complete a core business law curriculum, including commercial law, the law of business associations, and basic income taxation. This may be an obvious point to the contributors to this blog, but a shocking number of students (and even professors) indicate a contrary belief through their curricular choices. Marie Reilly has already extolled the utility law teacher. I now praise the utility law course.

The virtues of teaching commercial law are many, but the principal ones merit quick mention here:

For these reasons and more, I have expressed my belief that a start-up law school should hire a Reilly-style utility law teacher as the first member of its new faculty. I would hire a broad-gauged business law generalist ahead of, say, an intellectual property or environmental law specialist, and far, far ahead of an interdisciplinary scholar whose devotion to teaching law students might stem entirely from the relative heft of a law teaching salary vis-à-vis paychecks offered elsewhere on a university campus. Commercial law may lack the glamor attributed to other fields in today's legal academy, but it is the bedrock of a legal education that works for its students — both in the sense of serving those students prudently, and in the sense of committing law schools to devoting labor, time, and resources toward those students and their future.
Posted by Jim Chen at 12:42 AM

Jim Chen has three virtues of teaching commercial law:
. It is statutory
. It has commercial value to students, on the job market
. It integrates doctrine with problem-solving.

I agree with his second and third points. I don't think, however, that the UCC is the basis for a good statutory course. Except for Articles 2 & 2A, the UCC reads more like machine language than it does like a normal statute. It is not supposed to be intelligible (except to the illuminati); it is intended to handcuff judges.

This is very unlike the tax code or the bankruptcy code: more typical statutes that articulate policies and promulgate rules at a broad level, while delegating the picky stuff to judges. (It is REALLY unlike the Sherman Act: a blank check.) Nor does the UCC read like federal consumer credit statutes, which delegates the picky stuff to regulators.

So I would not teach the UCC for the sake of statute-reading. Jim's other points, however, I find persuasive.

Joe S.
(btw, I'm a practitioner, not an academic.)

Thanks, Joe S. The messiness of the UCC beyond articles 1, 2, and 2A provides an affirmatively good reason to teach the Code as a statute. Most statutes out there are picayune and strange. The I.R.C. and the Bankruptcy Code are the real exceptions.

Jim,
I disagree. The outstanding feature of UCC 3-9 is not that it is picayune and strange; it is that it has tremendous internal consistency. They are not a series of random legislative conniptions; they are an attempt to design an entire self-consistent legislative system. I don't think that there are any statutes more carefully drafted and better debugged.

Maybe the UCC is worth teaching for those law students who had a deficient math-physics-engineering background. It fills holes in their undergrad training. (It is a bit odd that so many UCC mavens have techie undergrad training.) But I don't think that UCC 3-9 is at all a typical statute.