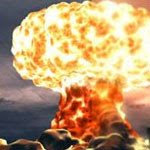 Two recent big stories may mean greater interest for the types of classes that we here on the Commercial Law blog teach. First came the spectacular UCC-3 filing error involving bank creditors of the law firm Heller Ehrman ("Oh, did I say 'termination,' I meant 'continuation!'") and the very serious consequences that this "clerical" error caused when the debtor went into bankruptcy. Now we have more press on an older and more serious problem. The New York Times this weekend reported on the lax assignment protocol followed (or rather, not followed) in the transfer of hundreds and thousands of mortgage notes into securitization pools. When the rare but brave judge (often in bankruptcy court) asks the foreclosing bank for proof of its ownership of a transferred/negotiated note, this proof is often unavailable--very good news for defaulting homeowner-debtors (as consumer advocates around the country are now informing their colleagues at CLE meetings), very bad news for banks. Perhaps lawyers-to-be will become more interested in following the nitty-gritty details of these transactions in the future to avoid spectacular losses. This interest will lead them right into our waiting hands!

Nitty-gritty details--that's what we commercial law profs are all about!
Posted by Jason Kilborn at 10:27 AM