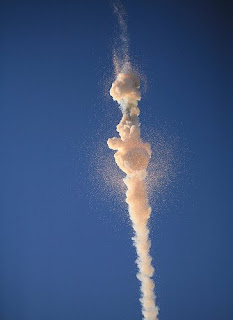 The 158-year-old Lehman Brothers investment bank has gone up in smoke in the biggest bankruptcy filing in U.S. history . . . or has it? One of my students today observed that Lehman had filed for protection under Chapter 11 rather than Chapter 7 of the Bankruptcy Code. Does that mean the firm intends not to liquidate and go out of business, but rather to remain in operation, reorganize its business, and emerge as a leaner, meaner firm still operating under the august Lehman name? This topic lies at least on the periphery of the commercial law, and besides, how can any self-respecting business and financial blog avoid discussing today the events of this past weekend?!

The Lehman case offers us a nice opportunity to make an often forgotten observation about the fluid division between reorganization (Chapter 11) and liquidation (Chapter 7) in U.S. business bankruptcy. Yes, the holding company at the top of what must be a mind-bogglingly complex Lehman org charge has filed under Chapter 11, but this does not mean that the firm intends to rehabilitate itself and reemerge as so many other companies have done. If Lehman intends to have an orderly sell-off of its assets and units, why not just file for chapter 7 and be honest about it, one might ask. So-called "liquidating Chapter 11s" and other strategies involving the use of Chapter 11 to administer asset sales are not at all uncommon. Chapter 11 offers at least two substantial and related advantages over Chapter 7 under Lehman's circumstances (and there are doubtless others): First, while a Chapter 7 filing would most likely mean a turnover of the company's assets to an appointed trustee with little or no connection to or knowledge of Lehman's complex activities, the "debtor-in-possession" model of Chapter 11 will allow the firm's managment, who are intimately familiar with the firm and its business, to wind down operations and negotiate asset sales from a position of maximum strength and knowledge. They can carefully and deliberately choose to sell assets in productive, related units (e.g., the broker-dealer and investment management units), maximizing their value in part by ring-fencing them off from the "bad" assets that have laid low Lehman and so many other investors recently. Chapter 11 will provide time (at least several months, if not longer) for emotions to cool, assets to be surveyed, and values to stabilize. Announcing a turnover to a trustee and a piecemeal firesale might well spook the markets even further into believing that a wholesale loss of value is at hand, depressing the value of Lehman's assets (and similar assets held by others) and disrupting Lehman's other operations. Second, Chapter 11 allows Lehman to remain in largely uninterrupted operation. Its talented employees can continue to administer the firm's operations (to a limited extent) and maintain their value to squeeze as much return as possible from the firm's assets and minimize a piling-on of further debt and loss. At the end of the day, a filing under Chapter 11 here in all likelihood will lead to something of the same result as Chapter 7 (sell-off), but in a much more orderly, flexible, potentially creative and value-maximizing way, still under the chaos-minimizing effects of the automatic stay and court supervision.

Does it make sense here to leave the same scoundrels whose poor judgment created this mess in charge? Shouldn't a disinterested trustee step in and take charge? More so than in many other cases, it seems to me, this mess wasn't all the fault of Lehman management. Yes, they made a bad bet in choosing to go all-in on mortgage-backed bonds, but investment banking is all about taking on stomach-wrenching risk. I have neither seen nor heard of any indication that Lehman's woes are in any way tied to accounting scandal or fraud of any kind--which is a breath of fresh air after the sad events of recent years. Lehman became the leading underwriter of mortgage-backed bonds, which as we all know now turned out to be toxic investments when scads of ordinary borrowers started defaulting on their mortgage loans, which given the unexpected (and unheard of) downward trend in home values led to a serious and spiraling crisis. Oops! A bad call, yes; mismanagement, not so much, it seems to me. Worse yet, Lehman and other banks had ratcheted up their risk by increasing their leverage (the ratio of outstanding debt to assets) to by some accounts as much as 100-to-1. The leverage scissors basically shredded Lehman. On the debt side, losses on credit-default and interest-rate swaps and other complex investments it had made with borrowed money translated into huge losses through the magic of leverage (each dollar of loss was effectively amplified by 100 at a leverage ratio of 100:1), and on the asset side, mortgage-backed securities that it carried on its books turned out to be worth even less than it had thought (reducing the "1" in the leverage ratio to a fraction, severely exacerbating the problem).

So even with the value-maximizing effects of Chapter 11 rather than Chapter 7, the last-in-line shareholders seem almost sure to receive no distribution in a Lehman bankruptcy, and even the holders of Lehman debt (perhaps even preferred unsecured debt) might get very little if the leverage ratio is as high as I have heard. A penny on the dollar is not an overly pessimistic expectation for unsecured debt holders, it seems to me. I guess even a penny is better than nothing, and the choice to file under Chapter 11 may produce that penny that a Chapter 7 might well have left on the table.
Posted by Jason Kilborn at 5:30 PM

Excellent article. However, have you read the recent article today regarding Lehman's emergence from bankruptcy? What do you suppose this means now?

Here is a link:

Lehman Chapter 11 Plan due out today. Looks like reorganization will be a reality.