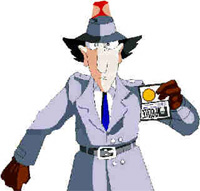 Here in Louisville last week, many were making their way through the week without electric and other utility services. At my home, it thankfully was only the Internet and cable down. A big week to be slow on getting speedy financial news updates. At this same time, with the Washington, D.C. wrangling on-going, Congress, Treasury and the Federal Reserve are scrambling to bailout the financial industry. Treasury Secretary Paulson commented on Friday:

"Right now, our focus is restoring the strength of our financial system so it can again finance economic growth. The financial security of all Americans – their retirement savings, their home values, their ability to borrow for college, and the opportunities for more and higher-paying jobs – depends on our ability to restore our financial institutions to a sound footing."

The Bank Holding Company Act ("BHC Act") directs the Board to certain factors in the establishment of a bank holding company or acquisition of a bank:

The Board in a general way deemed these factors satisfied and waived public notice due to the same emergency conditions.

While I am being quite general as to what has transpired, this is out of necessity. The web site for the Federal Reserve reports on the Board's actions, with the Orders of the Board posted. Same over at Treasury. The press releases and orders themselves are general in nature and lack specifics. I find myself agreeing with Bob Lawless over at Creditslips in his recent post that detail is lacking (and this is problematic). While the Federal Reserve and Treasury are moving speedily to take control of the financial industry to stablize markets (hopefully), Congress is still working on the terms. There is talk of making sure that the government gets shares of the companies to essentially create accountability. Moreover, there is speculation (expectation?) that the legislation will address home mortgage foreclosures.

Though discussions are on-going, the financial industry bailout seems like a done deal, with the Treasury ready to dole out about $700 billion in Treasury securities to purchase troubled assets. Although the Treasury Fact Sheet states that borrowing will be publicly reported, this does little in terms of oversight. While decisive action seems important at this time, the lack of transparency leaves me with a sense that the United States will come to regret this later and have no recourse.

Maybe . . . a little like a train leaving the station without knowing if it has enough fuel to get to the destination.