The Risk of Buying a Boat Off-Season 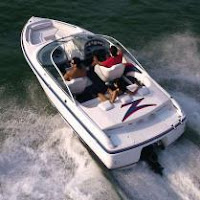 In the recent case of First Nat. Bank of Litchfield v. Miller, the Connecticut Supreme Court considered whether the Millers accepted a Donzi Z20 boat they purchased for purposes of 2-606. The Millers paid a deposit and executed a purchase agreement on April 30 when the weather was still far too cold for boating in New England and they could not take the boat out into the water. The agreement provided that title and ownership would not transfer until the full purchase price was paid and that delivery would not occur until May 20. The May 12 retail installment contract, though, recited that the seller had delivered the boat to the Millers who had accepted the boat (even though no delivery had in fact occurred), but this representation was in provisions agreed to by the seller and financing company. The seller did not have the boat ready for delivery until May 27 and even then during a test-ride with the Millers there were some mechanical problems. When the Millers sent the seller a letter rejecting the boat and refusing to pay the lender, the lender brought suit.

Reversing the appellate court, the Connecticut Supreme Court found that the Miller’s accepted the boat for two reasons: (1) that the purchase agreement and retail installment forms signed by the Millers stated that they had inspected the boat and were satisfied with it, constituting acceptance under 2-606(1)(a); and (2) that the act of signing an application for a temporary registration for the boat constituted an act inconsistent with the seller’s ownership under 2-606(1)(c). The Court observed that the circumstances of the transaction were key to the issue of acceptance:

The Millers did not purchase any vehicle. They purchased a boat during spring in New England. The trial court particularly found that it is not uncommon for buyers to purchase a boat during the off season, deferring delivery until later. Presumably, buyers who wish to take a boat for a test ride prior to accepting delivery will wait until the weather permits that form of inspection before signing contracts in which they represent that they have inspected the boat and found it satisfactory, and before having the boat customized to suit their needs. Buyers who do not wait until warmer weather permits a test ride essentially have weighed the advantages of a more thorough inspection versus the instant satisfaction of purchasing the boat immediately, and relying on a less reliable means of inspection, and opted for the latter.

The Court’s conclusions on the workings of 2–606(1)(a) seem to be against precedent and detrimental to the rights of consumers making purchases on forms prepared by sellers. Before reading this case, I would have told my students that it is a generally accepted principle that seller forms reciting that goods are “accepted” are not effective under 2-606 unless there was a sufficient opportunity for a buyer to perform more than a cursory inspection of the goods. Regarding the buyer’s right to inspection of goods, comment 8 to 2-513 provides that inspection is not regarded as a condition to the passing of title. Comment 9 further explains that inspection is the buyer’s “check-up” to see if the goods are conforming and should not be confused with an “examination” of goods at the time of contracting.

The Miller’s examination of the boat in April would seem to be the type of “examination” at the time of contracting that the code contemplates, rather than an inspection. Moreover, a boat that can only be inspected during the winter while out of the water would not seem to amount to more than a cursory inspection. As such, the Millers would have at least until the test ride with the seller on May 27 to accept or reject the boat (and perhaps longer). It seems a curious proposition to deem acceptance at the date of purchase (or payment) when the parties clearly contemplated a test drive later when the weather warmed up in Connecticut. Similarly, it would not seem that merely signing an application for temporary registration presented by the seller would constitute acceptance either. Car dealerships also have consumers sign temporary registrations, but I would not think that this would be acceptance under 2-606 either.

So, the aspect of this case that remains for me here is the Court’s observation that a boat purchased during winter in New England somehow is special. I have doubts about this reasoning. Nevertheless, buyer’s would be wise to exercise caution when purchasing boats during wintertime in Connecticut. I wonder if this decision will put a damper on off-season boat sales?
Posted by Jennifer Martin at 4:57 PM

Not to be too cheeky about it, but do you seriously believe that virtually any given buyer of boats in New England or elsewhere will have any idea that this decision has come down and be influened by it? The notion that judicial decisions affect behavior--no matter how detrimental to the interests of consumer buyers--seems to me to highly suspect, at best.

No, you are not being too cynical here. Sure, some buyers will know of the result in Connecticut. There will not be droves of buyers who are put off because of the decision. Not knowing much about the off-season boating market, it might be that this is a small market already. I might suggest, though, that the additional risk to buyers may be factored into prices in a general way.

I hate even to say this, but if "the additional risk to buyers may be factored into prices in a general way," that would likely bring prices DOWN, wouldn't it? That would be great for buyers, and this sort of analysis supports the notion that consumers might rationally agree to "accept" cheaper boats in the middle of winter, hoping the risk won't materialize (a view with which I disagree and that, as I think you propose, is bad for consumers in an unfair way).

Being a bargain buyer myself, I've certainly bought on occasion where I knew the risk of defect was higher in exchange for a lower price. It would seem that if sellers (or at least this particular seller) insists on passing excessive risk onto buyers then prices would drop. All of this gets away from the Article 2 rule of acceptance, though. The rule intends to protect buyers through the right of a meaningful inspection. I think the Miller case is not true to some of the more well accepted interpretations of 2-606 (as well as the comments).

I agree with your criticism of the court's 606 analysis.

Isn't this really a Cure case?

I don't know whether cure issues were brought up at trial, but the court did not discuss them. Without knowing more about the facts, its hard to say whether the lateness of delivery would bar cure or whether this was a "de minimus" type of issue. Apparently one of the seller's employees told the buyer not to take the boat, as it was a "lemon."